Posted on 20 November 2015 by Steve Prentice 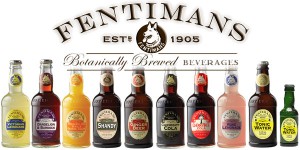 Have you heard of Fentimans? If not, let me quickly fill you in…  Thomas Fentiman, a West Yorkshire iron worker, began the business in 1905 when he was given a recipe for botanically brewed ginger beer in repayment of a loan. 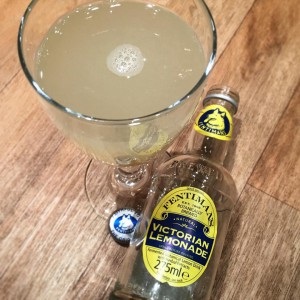 It started as a door-to-door business delivering wares stamped with an image of Thomas’ pet dog ‘Fearless’ and quickly became popular. The brand fell into trouble in the mid 1960s when supermarkets took over from the door-to-door delivery market.

The business was revived by the founder’s great-grandson Eldon Robson in 1988 and remains in family hands to this day. Eldon prides his product in only using herbs, natural flavours and slow fermentation.

“Wait… Botanically Brewed you say? Doesn’t that mean it’s alcoholic?” Nope, there is around 0.5%abv alcohol, which is legally so small that they’re most definitely classed as soft drinks. Even so, there was a bit of a kerfuffle in the US a few years back.

Now, in my world I often have to drive to parties, therefore I’m Des. i.e Designated Driver, a no alcohol guy so that I’m safe to drive. As such there’s not a massive amount of soft drinks to be had… often it’s a diet coke, which comes off a mixer and tastes crappy. Or there’s J2O’s or similar high sugar fruit juices.

Fentiman’s is your saviour here if you can find a bar that stocks them (and if they don’t then you should nag them to!). There’s quite a broad range, all tasty and fun to try out, so go for it, get yourself a treat.

That said… they also make great mixers for alcohol! Cocktails galore. And being a whisky fan, how could I not explore that side of things, that and other spirits like gin.

For example a Fentimans Ginger Ale (if you want a vague comparison then think of it as a much better Canada Dry) mixed with some Darnley’s View Gin works very nicely.

Here’s a couple of whisky cocktail ideas that Fentimans knocked up for the TWE Whisky Show back in October 2015:

They’re good that’s for sure, give them a try if you have the ingredients!

Thanks to Fentimans for the samples… all of which pack a great punch of alcohol free goodness. A couple that were missing but that I’ve previously tried are the Curiosity Cola which is awesome, and the Mandarin and Seville Orange Jigger which is really refreshing when ice cold. I note on their website that there’s also a few others for me to look out for! 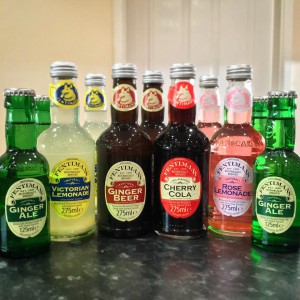 This entry was posted in Article, Fun, Info, Review and tagged Fentimans. Bookmark the permalink.