Posted on 28 November 2014 by Steve Prentice 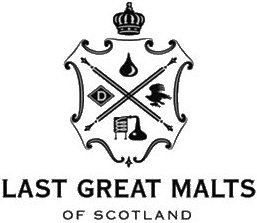 Last week I was one of a lucky few to be invited up to Scotland by Dewar’s to look around their distilleries. Termed the ‘Last Great Malts’, Dewar’s have taken the step to release single malt whiskies from their distilleries which, until now have mostly only been used in blending or seen as single malts in the independent bottlers world.

This is great news within the category because Dewar’s are rather going against the grain here… their releases all have age statements, and where the bottles are new to market they’re being released at 46% non chill filtered and with no colour, with existing releases (Aberfeldy 12yo for example) being changed over time to match. Big congrats to Dewar’s for this as many other brands at the moment are increasingly releasing more and more no age statement whiskies which are filtered, coloured and reduced to within an inch of their lives with water.

So, it was with excitement I headed to the airport for the 7am flight to Aberdeen. A quick pit stop for breakfast in the Weatherspoon’s there while waiting for the rest of the group to gather, and once we had it was off to Macduff distillery with us. 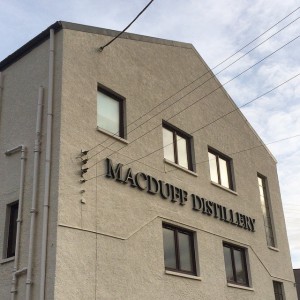 Macduff is generally sold as Glen Deveron, or soon to be called The Deveron. This has something to do with Macduff previously being Diageo (DCL) and them still having some sort of rights to the name for a while. The distillery was (indeed all five were) designed to produce good whisky for blending. However around six years ago Dewar’s started reserving stocks so they could focus on single malts. They stopped cask swapping to help keep older stocks and they got stories together to be able to help give the distilleries a brand identity.

We headed to the board room for more introductions, and kick off with a dram of the 12yo which was a work in progress, i.e. not yet quite the finished product, potential finishes etc still to do. However my notes on what we tried are as follows:

12yo The Deveron – 40%. Eastern highland style whisky. Floral and gentle with a slight beefy nature at the back. Fairly thick and buttery, sweet and easy, honey hints and oak cask smoke at the back. Nice relaxed dram. Slightly bitter at the end with a sprinkling of pepper. Water releases a touch more oak. 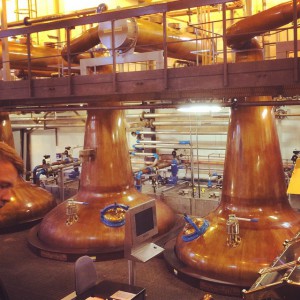 The distillery uses horizontal condensers with secondary, smaller condensers which is unusual. There are 9 stainless steel washbacks with a 49hrs ferment, giving quite a cereally profile. There’s 2 wash stills and 3 spirit stills, also fairly unusual. The rising line arms help give a more refined spirit.

We congregated down by the River Deveron to have our next dram while looking at the pretty location. Again this 18yo is a work in progress dram, but here’s my notes of it so far:

18yo. 46%. More woody than the 12yo. A little more bitter on the palate, more muscle to it. Longer finish with more spices. The higher ABV is working well to give a bigger mouthfeel.

We also learn a 10yo will be released soon as well. 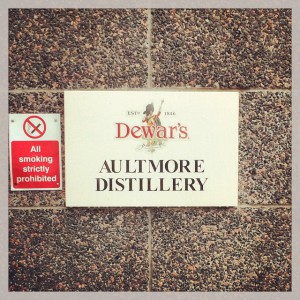 Back on the coach we head on to Aultmore, and a quick stop for a look around.

Built by Alexander Edward in 1897 who had inherited Benrinnes distillery from his father and then also bought Craigellachie. The distillery was remodeled in the 1960’s to a style, we learn from Charlie MacLean, called “Waterloo Street” – a kind of a template of an efficiently designed distillery that many were remodeled to at the time, including the five Dewar’s ones (previously DCL), and others such as Clynelish and Caol Ila (still DCL / Diageo). 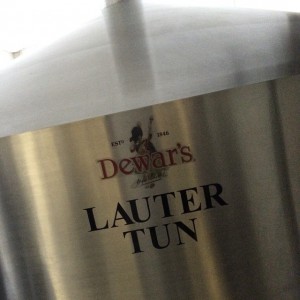 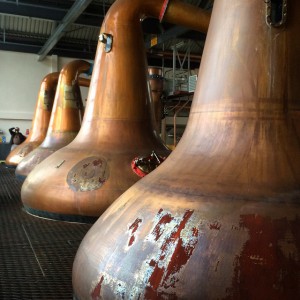 Of interest to me was their German Steinecker full lauter mash tun which was installed 10 years ago, it’s controlled remotely from Germany! There’s six wooden washbacks with 58h to 67h fermentations giving a more fruity, Speyside style. The distillery’s water, we’re told, filters down through a misty, mysterious area called the Foggie Moss.

Next we grab the coach and head on to Craigellachie to stop at The Highlander for lunch, although before eating we have a quick look at the Aultmore range. Dewar’s have just (in the past week) released 18yo, 21yo and 25yo in Glasgow airport. We try out the 12yo and 25yo…

12yo – 46% – Light and heathery with a good base depth. Sweet slightly fruity with good oak notes. Oily on the palate, slight mineral notes. Fresh and clean.

25yo – 46% – Much deeper in colour and aroma, much more body with richness, but still light. Soft fudge and butter. American oak mellowness. Maple syrup. Deep oak notes and some spices, touches of leather. Fairly long finish. 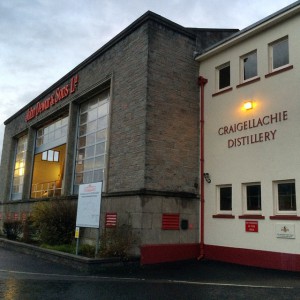 After a quick spot of lunch we walk up to the Craigellachie distillery.

One of the interesting things of note here are that they still use worm tubs to condensate their spirit, there’s not too many worm tubs left in the industry, and these are the largest I’ve seen so far. They help give a meaty, sulphury character to the spirit. 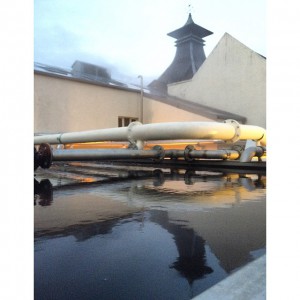 It’s the first time in the history of the distillery that single malts (other than IB bottlings) have been released and their age statements are based on prime numbers! They use 100% scottish barley. Previous to this article I had already reviewed the various malts in the range, so check that out for my notes. However we did go through the range, and the 13 with some warmth and time turns into something rather excellent. 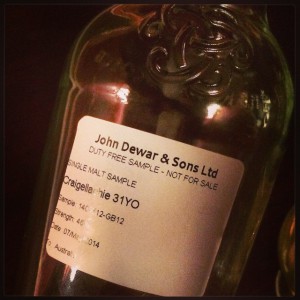 One I didn’t try in the range is the 31yo, another work in progress dram, but here’s my notes:

31yo – 46% – Hearty and strong yet matured and old, relaxed. Old oak and gentle sweetness. Oily and mouth coating, oaky but not tannin led. Less fruity but in a good way. 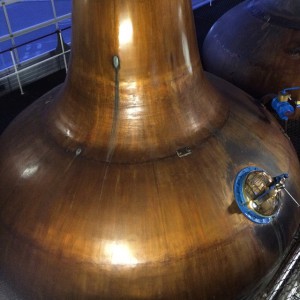 And that’s the end of our tours for day one, we head off to The Craigellachie Hotel for drinks, evening meals and more drinks in the newly created Quaich Bar; it’s moved rooms and is now a younger feeling and more exciting venue than it previously was (so I’m told). Many excellent and rare drams were drunk, I won’t mention the bar bill, and the game of chess. 🙂 Safe to say we all slept well… Some even slept through the 3am fire alarm. 😉 It’s a fabulous hotel in the heart of Speyside, worth checking out if you’re in the area, even if just for food. 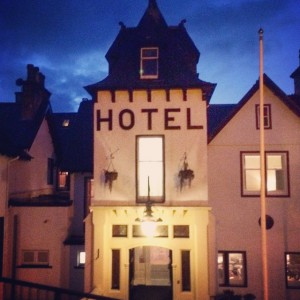