News: Glenmorangie fans get to design their own dram

Posted on 1 March 2013 by Steve Prentice 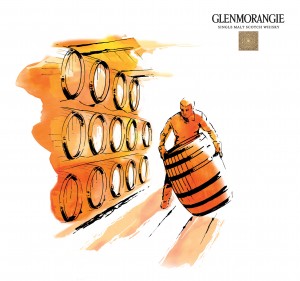 In a world first Glenmorangie is asking its own fans to create their own perfect dram.

It means those who enjoy Scotland’s favourite malt will be able to vote online on the taste, design and launch of a new whisky.

The Cask Masters online programme is launched today (1 March) and will run for 18 months. Anyone can take part by logging on to www.glenmorangie.com/caskmasters

Last year Glenmorangie was crowned Distiller of the Year at the IWSC Awards, and this initiative is a new way of interacting with the brand’s enthusiasts.

Whisky fans from across the world will help develop a new type of Glenmorangie single malt, to be released in late 2014.

In order to speed up the process Glenmorangie has pre-selected three whiskies that are nearing the end of their maturation at their Highland distillery. But it’s up to fans to register their opinions online and determine the outcome of the new whisky.

Dr Bill Lumsden, Director of Distilling and Whisky Creation at the Glenmorangie Company is overseeing the programme and explained: “For years we have listened to fans and their views and noted reactions to the whiskies we have introduced.

“Now it’s their turn to have a go and I hope as many whisky aficionados as possible will be able to join in and enjoy each stage of this exciting journey…who knows where we will end up!”

Glenmorangie enthusiasts will be part of the five stage process and be able to:

At each stage participants will also be able to win prestigious prizes including a VIP visit to the Glenmorangie Distillery and a trip to the country of origin of the oak cask in which the winning whisky has been matured.

Dr Lumsden has already revealed his selection of the three whiskies to a group of leading international whisky experts, who have all independently offered their initial views on his selection. Their taste notes are available on the Glenmorangie Cask Masters website to guide participants. 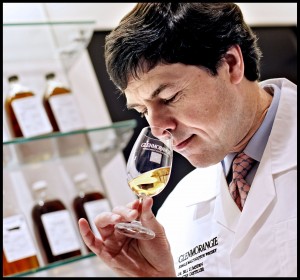 At the later stages of the programme design and photography experts will also offer their thoughts on the naming, packaging and launch suggestions received from Glenmorangie whisky fans.

Michael Atkinson, Marketing Manager for Glenmorangie added: “A few years ago this would have been impossible to organise, but with crowd sourcing in vogue, and the technology now making it more accessible, Cask Masters allows us to harness the enthusiasm and passion of our Glenmorangie aficionados.”