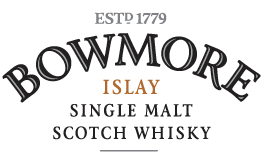 London, England, Tuesday 18th August 2015: Bowmore Islay Single Malt Whisky is proud to announce the launch of Bowmore Mizunara Cask Finish, the first-ever Islay Single Malt Scotch Whisky to be finished in precious, hand-crafted Japanese Mizunara oak casks. Set for global release on 1 September 2015, the limited edition Bowmore Mizunara Cask Finish brings together two of the world’s most renowned whisky islands – Islay, Scotland and Japan – to create a refined, elegant and complex Single Malt unlike any other before it.

With only 2,000 bottles produced, Bowmore Mizunara Cask Finish is a skilled marriage of Scottish strength and passion with Japanese elegance and refinement. Although cultures and languages differ, craftsmanship is revered and understood in both Islay and Japan. As the first Islay Single Malt distillery and a pioneer of innovation, Bowmore is proud to combine the best of the east and west as the first distillery to mature Scotch whisky in Japanese Mizunara oak casks. 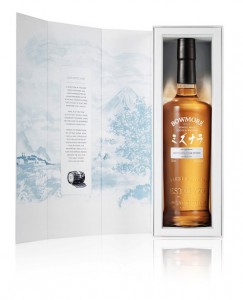 Bowmore’s renowned Malts have been distilled on the Scottish island of Islay since 1779, making it the first of Islay’s eight distilleries and one of Scotland’s oldest. Produced in exactly the same way for over 200 years and matured in Bowmore’s legendary No. 1 Vaults, Bowmore is widely acknowledged to be among the finest, most beautifully balanced Single Malts in the world.

On the other side of the globe, Japan has also become renowned for its superior quality of Single Malts and excellent craftsmanship. In the north of the country, Japan’s revered Mizunara oak is left to grow for up to 300 years before being handcrafted into casks using time-honoured techniques known only to a select few. Notoriously difficult to work with but prized for its flavours, casks made from Mizunara are among the rarest, treasured and most sought after in the world.

To create Bowmore Mizunara Cask Finish, a selection of the very finest Mizunara oak casks handcrafted in Japan embarked on the 6,000 mile journey across two oceans to Islay before being laid to rest in Bowmore’s No.1 vaults. This limited-edition release represents one of the first occasions in which Japanese distillers have spared their precious Mizunara casks for a whisky outside of Japan. Bowmore was chosen due to its long and proven history of innovation and craftsmanship reflecting the same skills and values that have been passed down from generation to generation to create the Mizunara oak casks.

This entry was posted in News, PR, Whisky and tagged Bowmore. Bookmark the permalink.