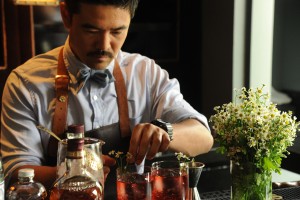 Urushido was announced as the winner following a tightly-contested final which saw him impress an international panel of judges with his ‘The New Pal’ cocktail to secure victory over the 12 other international competitors. He wins the opportunity to work in partnership with Dave Arnold, inventor and co-founder of Booker and Dax, a food science development company and lab dedicated to finding solutions to real world food, beverage and cooking issues. The partnership will see Urushido and Arnold collaborating on an inspirational concept which will be revealed at the next Chivas Masters final in 2015.

The 13 finalists were all winners of the national Chivas Masters heats, which took place around the world following the competition’s launch in April this year. During the national heats, competitors were tasked with creating a new classic cocktail that would stand the test of time – just as Chivas does – inspired by one of the four great cocktail eras; the Classic Age (1880-1920) which saw the birth of Chivas Regal; the Post War Boom (1945-1965) during which time, Chivas 12 was introduced; the Disco Years (1975-1990) which saw the brand become a truly global icon, and the present modern Age of Revivalism.

During the two-day final, the bartenders were asked to re-create one of the cocktails that earned them a place in the final and also compete in a series of challenges designed to test their creativity, style and mixology skills. Highlights of these challenges included a milk-based cocktail pairing with Momofuku Milk Bar; a cocktail pairing with a dish from Momofuku Ssäm Bar, experimenting with carbonation with Dave Arnold; and presenting classic drinks at The Dead Rabbit. 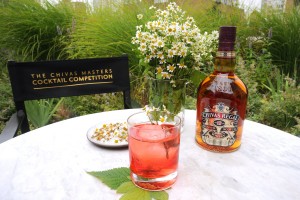 The judging panel was comprised of leading experts in the world of food and drink, including Ago Perrone, Director of Mixology at the David Collins-designed Connaught Bar in London; Sean Muldoon and Jack McGarry from The Dead Rabbit in New York; and Max Warner, Chivas Global Brand Ambassador.

Dave Arnold praised the overall performance of the competitors during the final round commenting: “There were 13 talented bartenders for the judging panel to consider. These are professionals from some of the most iconic venues in the world so I would like to congratulate all of them for participating. The cocktails prepared by Masahiro were particularly impressive, and I look forward to working with him in the coming months.”

Masahiro Urushido commented: “It’s an honour to be chosen as the first Chivas Master. As a bartender, I am well aware of the long heritage of Chivas so immersing myself into the history of cocktails to create a drink that can stand the test of time has been very inspirational. I am excited to share this experience with my fellow bartenders and to introduce my ‘The New Pal’ cocktail to my customers in New York. I hope that it encourages other bartenders around the world to create new Chivas cocktails inspired by the great classics”.

Max Warner, Global Brand Ambassador for Chivas Regal, commented: “From Australia to Israel, Chile to China, there was talent from all over the world involved in the competition and we are very excited with the success of the inaugural Chivas Masters.

The global cocktail scene is seeing a growing interest in classic-inspired modern cocktails and, as a brand proud to be nurturing the bartending community, we look forward to continuing to inspire the on-trade to create great cocktails steeped in heritage, such as the one created by the very talented Masahiro Urushido.”

All competitors who took part in the final are now to conclude their trip with a visit to the world’s premier cocktail festival ‘Tales of the Cocktail’ in New Orleans, where Chivas is sponsoring the Best American/International Cocktail Bar at the Spirited Awards.

This entry was posted in News, PR, Whisky and tagged Chivas. Bookmark the permalink.