The World’s First Educational Range of Whisky Just Got Bigger

So, last month saw Maverick Drinks update their Reference Series with 9 of the latest additions. There’s a quick review of four of those releases below, but first let’s look at the official PR blurb…

Maverick Drinks is proud to announce the release of 9 additions to the world’s first educational whisky range, Reference Series. The range of blended malt whiskies was first launched earlier this year, and showcases the effects of various production techniques and ingredients used to make Scotch. 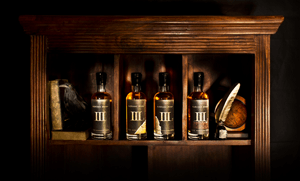 The initial range of Reference Series comprises three blended malt whiskies which progress from Series I to III with increasing levels of old, rare Scotch in the mix. This shows whisky drinkers the effects of the ageing process – a much-debated topic in the whisky world which can now be understood under more-controlled conditions.

There are now three extensions to the Reference Series: Extension .1, which takes a portion of the blend and finishes it in a fresh 50 litre cask previously used to hold Pedro Ximénez Sherry; Extension .2, which includes 10% heavily peated Islay Single Malt in the blend; and Extension .3, which includes the colouring agent, E150a, aka Spirit Caramel. 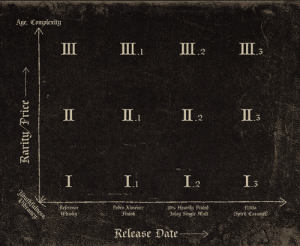 You can now sample these extensions against the original range. For example, you can enjoy Reference Series I.1 – the most youthful whisky in the initial range, with a portion of the blend matured in top-quality Pedro Ximénez casks against Reference Series I. Or you could compare it with II.1 or III.1 – whiskies with increasingly high proportions of old, rare Scotch in the mix, with the same percentage of the blend finished in dessert Sherry casks.

This gives whisky lovers the chance to compare the effects of using dessert Sherry maturation. The extensions .2 and .3 will also be available across the initial range, allowing connoisseurs to compare the effects of both the ageing process, as well as either spirit caramel or the addition of peat – a luxury hitherto unavailable for those outside of the whisky industry.

And without further ado lets take a look at four of the whiskies… Series II, II.1, II.2, II.3…

Info: A blend of both youthful and older, richer malts, with a generous helping of old and very old single malt comprising over 20% of the blend.
Colour: Light straw.
Nose: Buttery, with a hint of a grassy background, tiny hints of cask char smoke. Juicy and honeyed. Well balanced.
Palate: Lovely and thick on the palate, a big round malt. Nicely sweet, balanced and fairly grown up feeling, classic slightly Sherried.
Finish: Smooth and easy, buttery with some barley malt and a freshness intermingling with tiny amounts of smoke and chocolate.
Thoughts: As a dram in it’s own right it’s rather nice! Good start.
Available: Master of Malt – £55.95

Info: Same as II, but approximately 1/3 of II.1 has then been finished for a month in fresh 50 litre ex-Pedro Ximénez casks.
Colour: Subtly darker than II, light gold to straw.
Nose: Basically the same as II, but a definite increase in a nuttyness, with more fruits, caramel and oak. It smells more ready to go if that makes sense at all.
Palate: More buttery and slightly easier on the palate, a slight increase to sweetness and a more rounded quality that appeals to me. Thicker.
Finish: Fairly smooth and long, warming with fruits, nuts and chocolate hints. There’s smoke whiffs and some tannin spices.
Thoughts: I thought I liked II, but I prefer this! The extra thickness on the palate and the extra sweetness works a treat.
Available: Master of Malt – £59.59

Info: Same as II, but with 10% heavily peated Islay single malt added.
Colour: On a quick glance this seems the same light colour as II.
Nose: You can tell this comes from the same stock as II, but there’s definitely an Islay influence with gentle moss and peat.
Palate: Slightly less thick than II.1, that’s replaced with a gentle peat which although only 10% changes the flavour profile completely in favour of the mossy peat smoke, which is sweet, costal and lovely.
Finish: Much longer than the others in the range with the Islay nature giving the dram a longer length on the finish with a slightly salty peat.
Thoughts: Interesting to see how only 10% can change things so much in favour of the heavily peated flavours! It’s much fun.
Available: Master of Malt – £56.95

Info: Exactly the same recipe as II, but with addition of E150a, caramel colouring. Can I spot the difference?
Colour: Much darker than the rest of the series, fairly amber, you may think it was a fairly well aged whisky!
Nose: My head loves to think I can vaguely pick out some difference between this and II, but in reality I’m pretty sure I can’t, a touch sharper maybe? The grass notes toned down? (Probably not!).
For Palate, Finish and Thoughts, see above for II… my only comment is that it seems to have a more tart finish than II, but is it my brain just trying to find something that’s not there?! Hard to tell!
Available: Master of Malt – £55.95

Overall Thoughts: You probably won’t want to buy full bottles of the whole range, but thankfully if you follow the links you can buy 3cl mini’s of everything, so it makes it a great way to compare and contrast how the various changes in recipe affect things! It’s a great idea from the mad folks at Maverick Drinks / Master of Malt / Drinks by the Dram. One take away lesson I should have learnt… try these before reading up what they are, it’s hard to know if I really could tell the differences, or by the power of suggestion knowing what they are I could find differences.

Thanks to Maverick Drinks / Master of Malt for the samples and for expanding my education even further! To read my article about the first releases in the series then please go here. 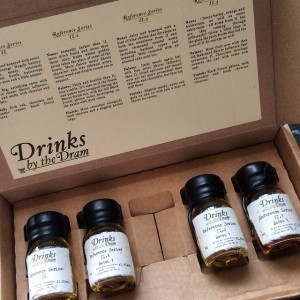 This entry was posted in Fun, News, PR, Review, Whisky and tagged Master Of Malt, Reference Series. Bookmark the permalink.