Posted on 5 December 2013 by Steve Prentice

Here’s the blurb… The latest vintages from Balblair are being launched in the brand’s new premium front-opening gift boxes. Balblair recently changed its 2003 Vintage packaging to a premium front opening box, replacing the regular top opening carton. All bottles (70cl) of Balblair whisky are now available in this style.

All three of the new vintages have been matured in American Bourbon oak casks, with the 1990 also spending some time in Spanish oak ex-Sherry butts.

On to a quick review of the three… 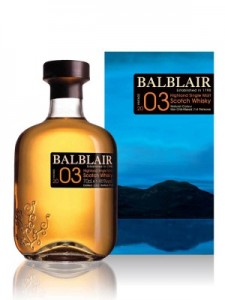 Colour: Straw to light gold, very natural
Nose: Light summery vanilla barley malt; quality oozes and great bourbon casks are obvious. Youngish, bright.
Palate: Follows nicely from the nose with the cask oak becoming more obvious. A thick but light mouthfeel (if that makes sense!), nicely oily but also light and zingy, gentle summer fruits in a field of barley.
Finish: Follows on from the palate and nose perfectly, it’s warming, oily and tasty with a bit of citrus thrown in.. lasts a fair while and dies off nicely.
Thoughts: Very much what you see is what you get, no surprises, which is a good thing, the nose, palate and finish are all in unison and in balance. It’s young enough, sprightly, but not hot and spirity. Great session dram. Not the cheapest 10yo on the market, but quality. 86+.
Available: Master of Malt – £45.43 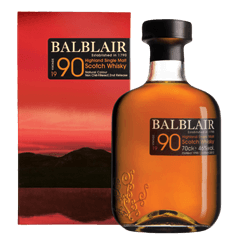 Colour: Full golden with copper tints.
Nose: Wonderful stuff, thick, woody, creamy with lashings of autumn fruits amongst the malty summer notes. Crunchy red apples and Scottish Tablet (kind of like fudge). Tiny bit of varnish at the end. A nose you’d maybe identify with a malt of even older age.
Palate: Thick, sweet, oily, lovely. A slightly bitter tinge to it that I didn’t pick up on the nose, but it’s not a bad bitter, it’s interesting, it’s sweet and sour all in one. Malty Balblair character, old cask and intermingled with a bit of smoke and lots of sweet autumn fruits.
Finish: Warming chest hugs of sweet fruits, malt and summery all combined in one.
Thoughts: Although based around what almost feels like a session dram, this is older and along with the sherry finish straddles into a mid to late evening dram easily. Lovely. 88.
Available: Master of Malt – £92.91 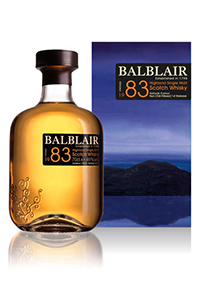 Colour: Full old golden yellow.
Nose: Old bourbon matured goodness, dry dunnage woodiness held in check with sweet malt notes that increase with time and air and become more creamy.
Palate: Smooth and warming, light and zingy for something that’s 30yo. Natural light brown sugar sweetness, balanced oak (doesn’t dominate) and summer citrus fruits mushed down a little, with a dollop of honey.
Finish: Long and warming, oily with some tannin sourness (that doesn’t dominate, rather it compliments).
Thoughts: Quite a price for a 30yo. It’s a great whisky, very happy to taste, and if it was cheaper I’d have one, but not at that price. Top quality stuff though. 90.
Available: Balblair Shop – £305

Thanks to Balblair for the samples. 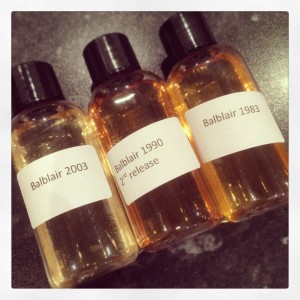 This entry was posted in News, Review, Whisky and tagged Balblair. Bookmark the permalink.