Benromach, Speyside’s smallest distillery, experienced exceptional sales growth in 2012 and its rise is set to continue with investment in a new bottling line in 2013.

Benromach’s overall sales were up by 40% in 2012 and exports increased by 55%. The handmade single malt, which includes Benromach 10 Years Old as part it its portfolio, experienced particularly strong growth in sales to China, Sweden, the USA and France.  Sales in the UK increased by 13%.

Handcrafted by just two men, Keith Cruickshank and Mike Ross, it is no small feat for such a small distillery to increase its market share so much in one year. 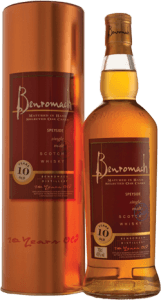 Michael Urquhart, Managing Director of Gordon & MacPhail, the family-run company which owns Benromach, commented: “As the smallest distillery in Speyside, Benromach is punching above its weight in terms of sales growth.

“Benromach’s single malts are becoming increasingly popular with people who want a whisky with a distinctive traditional Speyside style. We worked very hard to promote ourselves throughout the UK this year, resulting in a 13 percent increase in sales.

“Internationally, our importers in the USA have been letting more people in on the secret of Benromach, while in Sweden and France, new listings of Benromach with large drinks distributors have made an impact.

To support the continued growth of Benromach, parent company Gordon & MacPhail has invested £540,000 in a new bottling line in Elgin and building works to improve production efficiencies. Gordon & MacPhail has been an independent bottler of single malt whiskies for over 100 years and the installation of the new line will free up the existing main line to deal with greater volumes of Benromach.

This entry was posted in PR, Whisky. Bookmark the permalink.