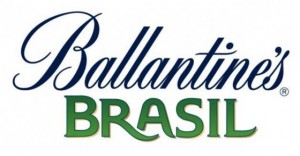 Recently I was sent a box of goodies which turned out to be a Ballantine’s Brasil Cocktail Set! Great! It contains all the bits and bobs that you need to make a cracking summer drink… a recipe booklet, bottle of Ballantine’s Brasil, big stirring spoon, bottle of lemonade, tall glass, and a fresh lime, awesome stuff!

So, what is Ballantine’s Brasil? Basically it’s a flavoured whisky, but since you can’t flavour whisky and still call it whisky, it’s actually labelled as a “spirit drink” if you look closely, that’s law for you!

The official blurb reads as such: 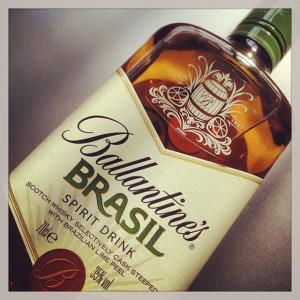 Made by selectively cask steeping Scotch whisky with Brazilian lime peel, Ballantine’s Brasil represents as an innovative fusion of the traditions of Scotland with the passion of Brazil. Featuring a delicate combination of citrus complemented with vanilla notes, the new variant is expected to resonate with consumers who are new to Scotch, as well as existing Ballantine’s drinkers.

An ABV of 35% ensures that the taste is both smooth and consistent, with the sweet and creamy flavours of Scotch balancing the refreshing lime taste.

So, here’s my quick notes on the drink straight out of the bottle, neat as it were…

Colour: Golden, a light green tint? Probably in my head due to the packaging.

Nose: Sweet, comfortingly familiar base of Ballantine’s with a syrupy citrus twist reminiscent of sherbet and sour fruit jelly sweets.

Finish: Malt, sugar syrup and fresh limes stay a while before an easy fade out.

Thoughts: Unexpectedly good! The sweet sherbety edge is exciting and summery. It’s just fine on it’s own, but it’s very obviously been made as a mixer, and that’s just what it’s good for. 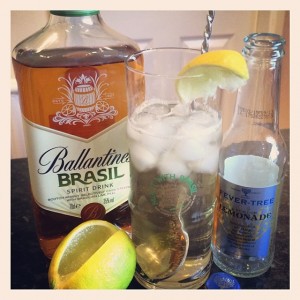 Ok, so we’ve established it’s a good refreshing drink… let’s crack on and turn it into a mixer!

Yep! I can confirm that it’s a perfect summery drink, easy to make, and very easy to enjoy. So much so that as I had the family around for a Sunday roast / Mothers Day I ended up making this for everyone, and everyone loved it! Even my wife enjoyed it, and she usually hates anything to do with whisky… that’s an endorsement for you right there!

More information can be found at www.mixitwithbrasil.com, where you can also view a series of tutorials on how you can ‘Mix it with Brasil’ to create your own favourite Ballantine’s Brasil cocktails.

Ballantine’s Brasil launched in selected key markets around the world, starting with the Czech Republic and the Netherlands, rolling out globally from February 2014.

Now here’s the bad news folks (in the UK)…

It won’t be available in the UK but will be in the following markets: Spain, France, Slovenia, Bulgaria, Poland, Czech Republic, Slovakia, Pacific Islands, Brazil, Hungary, Netherlands, Belgium, Switzerland, Romania and Austria.

Although I’m sure if you’re really keen to get your hands on it then you’ll be happy to order from the various good shops just over the sea! 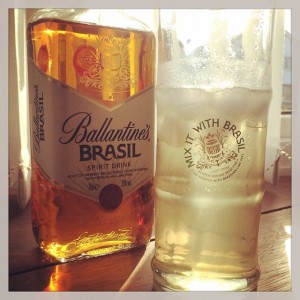 This entry was posted in Review, Whisky and tagged Ballantines. Bookmark the permalink.