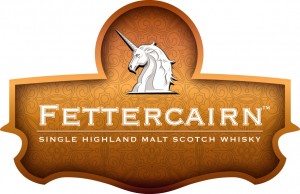 Fettercairn (a.k.a. Old Fettercairn or Nethermill)… not a distillery that many have heard too much about, and one that many haven’t tried, so why not let’s give it a bit of a focus here in a blog post and see what it’s all about. Below you’ll find reviews of four of their expressions, but first off here’s a wee bit of history of the place… 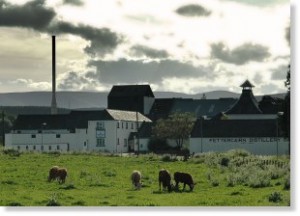 The Fettercairn distillery is not far from the River Esk in the Eastern Highlands. Sited in the foothills of the Cairngorm Mountains, Fettercain sits in its namesake town, far from any other Scotch distillery. Originally it was sited a good two miles further up the slopes of the Cairngorms and was founded in 1824 by Sir Alexander Ramsay, who licensed it a year later.

In 1830, Sir Alexander sold the distillery as well as the Fasque Estate to Sir John Gladstone, father of William Ewart Gladstone who would be Prime Minister on four occasions over the course of the 19th century and, during which time, he would not only legalize the selling of bottled whisky to the public, but also scrap the Malt Tax. 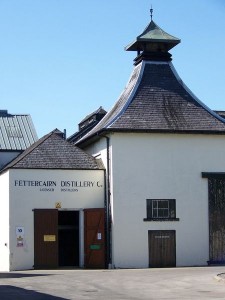 In 1887, a fire rendered the distillery almost totally destroyed and it did not reopen until 1890. Fettercairn closed in in 1912 and production did not recommence until 1939 when Associated Scottish Distillers acquired the distillery. Today the Fettercairn distillery, who is at present under Whyte and Mackay’s ownership following purchase in the 1970s, produces light, balanced whiskies.

Whyte and Mackay were kind enough to send me four samples to review. Rather mysteriously they were labelled as such… “Dist. FF, Rotation 11/2920, 42%”, and “Dist. MY_10/3556, Rotation: F.4499, 45%”, etc. However it doesn’t take long to track down that those are internal ordering codes to W&M and they were soon translated for me into the actual consumer friendly whisky names.

Let’s take a look at the four from the Fettercairn range, two from each end of the price spectrum. So without further ado, let’s crack on with the reviews… 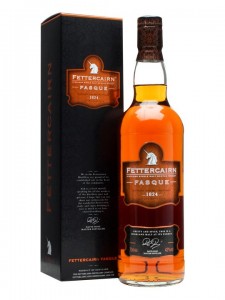 “Named after a country estate near to the distillery, Fasque is the unpeated regular bottling from Fettercairn.”. NAS.

Colour: Full gold / Bronze
Nose: Autumn fruits; a good sherry influence. Fairly spirity at first, which dissipates leaving some old oak wood notes and a good malty nose.
Palate: Medium mouthfeel, slightly hot and fairly spicy. The autumn fruits from the nose take a little while to kick in and are fairly subtle, quickly backed up by wood notes from the casks, with malt flavours becoming more evident at the end. It’s buttery and vanillery.
Finish: Medium length finish, the warmth (verging on hotness) hangs around for a while but sweet fruits win out and stick around for a while longer. There’s a refreshing note too.
Water: A drop of water brings out more winter fruits and caramel tones on the nose, and pears back the hotness and spices on the tongue giving more maltiness, recommended!
Thoughts: This has a touch more of a kick to it than I was expecting. As a NAS whisky I have to assume there’s some younger whisky in this helping give that bit of hot spiciness. You could maybe be forgiven for thinking this was more than 42% ABV. It’s a reasonably good whisky, for the price bracket it compares well with the competition and is a little more challenging than some. 82.

Available from The Whisky Exchange for £33.49 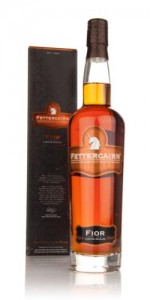 Fior is Gaelic for “true”, and was released in Summer 2010 as part of the distillery’s rebranding process. NAS.

Colour: Full gold / deep copper with red hues.
Nose: Slightly spirity at first , similar to Fasque, but a little more rounded and toned back. Sweet sherry notes and a hint of smoke.
Palate: Similar to the nose this is that little bit more smooth and rounded than Fasque, there’s even more buttery velvet. It’s got a medium mouthfeel. It’s sweet and fruity (late summer and autumn berries), just a wee pinch of peat giving a tiny mouth tingle; leaving a small smokey ending.
Finish: Warming, a slight dunnage feel in that there’s old musty oak, which is good. It’s sweet and leaves just a gentle puff of smoke. Slight ending tartness not found in Fasque.
Water: Makes it all the more smooth, takes away the slight tingle and adds more malt.
Thoughts: For around £5 more than Fasque, this is more my preferred style and worth the small bit extra. It’s a great dram for kicking off an evening, still a slight touch of hotness to it, but it would hold a place on one of my shelves happily enough. 84.

Available from Master of Malt for £37.58 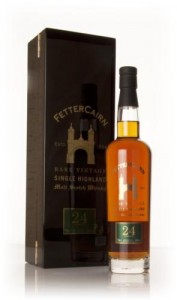 Serge Valentin of WhiskyFun.com comments that this is “an old Highlander in velvet gloves. It’s very good.”

Colour: Deep golden yellow, a more ‘believable’ colour.
Nose: Highland rather than Speyside, it smells fairly old (it is!), peppey, not overly sweet or fruity although it’s there at the back. Slightly costal almost, oddly enough. After some time old dunnage oak notes come through along with nuts.
Palate: A thicker mouthfeel here, quite pleasurable, like Serge says, it’s velvety. Smooth and gorgeous, none of the hotness from the other two above even at the higher ABV; it’s well aged, and well balanced with gentle autumn fruit sweetness and well selected cask oaks. You just want to hold this on your tongue for ages to enjoy it.
Finish: Hugely warming and pleasing, sweet with sherry fruits poking their heads up nicely with the old malt still showing who’s boss. No tartness here.
Thoughts: Gosh, this is just such a step up it’s not real (then again it is nearly £100 more), it’s fantastic to see what great quality the distillery can produce. The first two are most definitely entry level drams… this is in another league, it’s great stuff. The price is just a touch on the high side for its age is compared to what else is around. At 45% you have to assume it’s chillfiltered? (slightly disappointing if so, it’d be even better without I’m sure). Either way, easily in the low to mid 90s with score.

“The amazing 30 year old Fettercairn from their redesigned range was distilled in 1978.” – It’s got to be good, as that was the year I was born.

Colour: Full golden yellow.
Nose: You get a quality note instantly, it’s old and laid back, really summery fruity, citrus notes, sweet and malty with gentle oak back notes. Real parallels with Jura’s of this age.
Palate: A fabulous sweetness kicks straight in with a gentle old dramming style. Smooth can be an over used word in palate descriptors, but I can’t help it in this case, it’s as smooth as anything. Plenty of quality malt if held on the tongue, but the gentle sweetness is the star here.
Finish: As with many old whiskys it’s got a long finish, the gentle oils stick around for quite a good amount of time leaving sweetness and malt all over the place, really something to savour at the end of an evening. A definite refreshing note at the end. Although old it still has a youthful spring to it.
Thoughts: The whisky from this distillery really seems to come into its own at older ages, just the same as Jura’s; there’s definitely parallels between the two. It really is an amazing dram, priced similarly to others of the same age, but unaffordable to many sadly. I just can’t stop nosing this. If you ever get offered a dram of this, don’t turn it down, it’s fabulous and in a totally different league to the first two which you may not even identify as coming from the same place. Is it chill filtered? At this point I don’t care, cos it’s just bloody yummy. 96. Don’t believe everything you read in the Whisky Bible (2013) where it doesn’t seem to have scored very highly for some reason. It’s all just opinions, make your own!

Thanks to Whyte and Mackay for the samples. 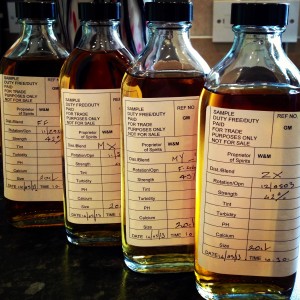 This entry was posted in Review, Whisky and tagged Fettercairn. Bookmark the permalink.