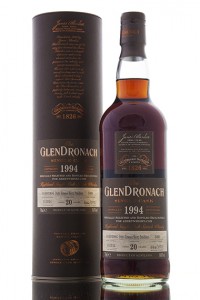 Nose: Deep, rich and gently fruity, with herbal qualities to it. Tonnes of squashed raisins, sultanas and golden syrup.

Palate: Thick and slightly hot at first (due to the strength), but rich and warming. You get used to the strength very quickly and it becomes drinkable at full strength scarily easily…. There’s some spices – but only a pinch; it’s still smooth and well aged, a gentle giant. There’s cask oak, but it’s balanced and in general just adds thickness to the mouthfeel. Lots of raisins and dried fruits as on the nose.

Finish: Thick, gently sweet, and very very long… a really pleasant ending which isn’t spoiled by too many tannins.

Water: Totally fine without… I often like high strength whisky watered down a touch, but this is just fine with none. However, if you do add a drop expect more malt to come out, along with more wood and some furniture polish notes and touches of leather. It stays thick on the palate, but becomes even smoother and easier to drink… so you defo wont lose out, and in fact your money will go further, so why not try a drop.

Thoughts: It’s a sherry giant, but I won’t call it a sherry bomb, as sometimes they can be over the top, this is too good for that, it’s beautifully balanced and easy to get lost in… Nice pick by Abbey Whisky! Into the 90’s for score.

Thanks to Abbey Whisky for the review sample. 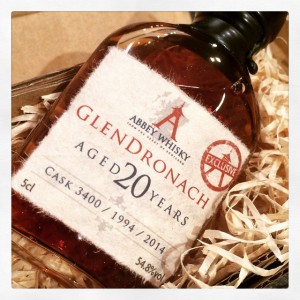 This entry was posted in Review, Whisky and tagged AbbeyWhisky, GlenDronach. Bookmark the permalink.