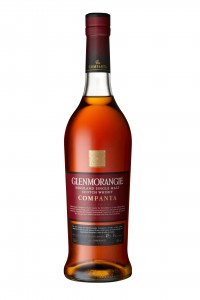 Marketing Blurb: Glenmorangie has launched it’s fifth annual special edition, Companta (which stands for friendship in Scots Gaelic). Companta has been matured in Grand Cru casks from Clos de Tart and those of a sweet fortified wine from Côtes du Rhône.

Bottled at 46% ABV, and non-chill filtered, for extra body and texture, Glenmorangie Companta is available from specialist retailers and department stores now at £69.99 and is selling out very quickly.

Let’s crack on and take a look!

Nose: Very much a malty background with Glenmorangie character present, but surrounding it is a sweet juiciness that gives you red jelly sweet flavours and aromas, e.g. Wine Gums, but there’s also a deeper slightly more nutty background along with cask char smoke and slight rubberiness.

Palate: Fairly thick on the palate, a spiciness is fairly up front, slightly in front of the sweetness that your nose detected which soon kicks in. The Glenmorangie character takes a slight backseat to the spices and red stewed fruits.

Finish: Warming and long, fruity (some citrus also) and sweet with just a hint of the rubberiness and char you detected on the nose.

Thoughts: The spices are nearly too much, almost overpowering, but not, they get balanced out in the end. It’s a tasty dram. For me I needed to add water to smooth the spices out enough to make it a more enjoyable drink, that’s just personal preference, but not often needed in a dram of 46%. A fun change from the run of the mill Glenmorangie’s. For those of you who followed Glenmorangie Cask Masters then cask B was a Grand Cru matured whisky which both myself and my friend Tom liked… it ultimately didn’t get chosen by the masses, and I wonder if what’s been bottled here was what would have been bottled if that had been chosen, we’ll never quite know the answer to that, but it seems a sensible suggestion, although this is more spicy than that was (I preferred that over this).

Thanks to Glenmorangie for the sample. 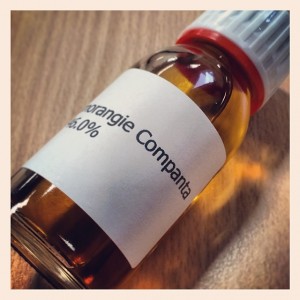 This entry was posted in Review, Whisky and tagged Glenmorangie. Bookmark the permalink.