Posted on 12 November 2013 by Steve Prentice

I was recently lucky enough to have been on a Twitter Tasting to review all six single malts from Highland Park’s Warrior Series, a set of Travel Retail only whiskies carrying no age statements, driven collectively by their flavour. Let’s take a closer look at each of the six drams…

The Warrior Series is a range of six single malt whiskies that showcase the very best of Highland Park. Offering a spectrum of flavours but grounded in Highland Park’s gently smoky but surprisingly sweet character. Svein was been created to mirror the hospitable and generous nature of many of the Viking leaders, including its namesake.

Nose: Barley malt coming through easily, I guess this is a little younger. Sweet and gentle hints of smoke. Green toffee apples and a touch of citrus (orange peel).

Palate: Instant sweet hit of smooth barley and vanilla sugars with slight spices kicking in after a moment along with a slight smokiness. Oak hinting strongly right in the background, enough to peak your interest. Fairly light mouthfeel, balanced, summery and easy going.

Einar was crafted as a tribute to one of the most feared and ruthless Vikings of his time. Einar was a hard and successful Viking, often venturing on treacherous long voyages.

Nose: For me a little more closed at first, but soon opens out revealing sweet, darker autumn fruits amongst smoky whiffs.

Palate: Smooth going spiced fairly quickly then settling back down to dark brown sugar and winter Christmas cake fruits. Quite autumnal. Just a tickle of smoke from the peat, but fairly restrained. Light enough mouthfeel (can only assume it’s chill-filtered), something also slightly spirity there too.

Thoughts: Not a surprise in that this is defo a step up from Svein, it’s gone from a summery dram into something much more suited for a slightly chilly autumn day, good stuff, and still fairly reasonably priced.

Celebrated through this release, King Harald was famed for his army, which was revered across the world at that time.

Nose: Give it some time to open up and you’re rewarded with sherry fruits, raisins and sultanas all sitting in their own smoky pit. A little costal nature has crept in from somewhere. Spices and ginger are all there supporting it nicely.

Palate: Ever so slightly thin on the palate considering what the nose promises, but it’s smooth and sweet with gently spiced baked apples, it’s very pleasant indeed.

Finish: Slightly tingly on the way down and warming on the chest, nice and interesting finish here of a reasonable length.

The last three & most recent offerings in the ‘Warrior’ series use an increased quantity of European oak sherry seasoned casks. This allows Sigurd, Ragnvald & Thorfinn to deliver more complex, richer and sweeter flavours.

Sigurd is considered amongst the strongest & most courageous warriors and ultimately one of the most feared Viking Earls.

Nose: Give it some time and gentle soft autumn fruits will greet you, a little like a harvest festival pudding with a sheath of corn next to it for decoration.

Palate: A fuller, more oily mouthfeel greets you introducing smooth and creamy fruits as if they’ve been stewed and covered in vanilla custard, with nutmeg over the top to spice it up a touch. Inviting with a hint of smoke.

Finish: Smooth and oily, but something in there keeping you refreshed. Sweet and decadent, yet balanced and not deeply into the winter fruits.

Thoughts: A much more soothing and fine dram here, starting to be reflected in the price. It’s got more going on, but feels more relaxed and competent. 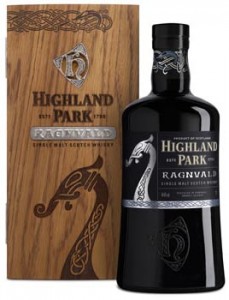 Ragnvald was most at home aboard his longship undertaking his many great expeditions throughout the Middle East & Asia.

Nose: Could be described as “old school”, it’s full of old dunnage cask wood nose. Leather, casks, old stuff! Highland heather that’s wilting because it’s over hot smoke from a peat fire near the end of its burn. Coming out are old restrained sherry notes, and lashings of vanilla fudge from great first fill bourbon casks. Really a nose you keep sniffing at and enjoying.

Palate: Thicker and old tasting on the palate, spicy and lively however. Green and red apples dipped in toffee custard.

Finish: Complex and lasting, sweet and fruity with vanilla cream running through and a blast of smoke at the end. Balanced so that no sour cask notes are to be found, ideal.

Thoughts: Corker of a whisky, just the old style I love, but that my wallet doesn’t. For that sort of price you’d hope for an age statement. Saying that, damn, it’s a fine old dram to sit with for a lovely long evening while it’s cold and wet out. 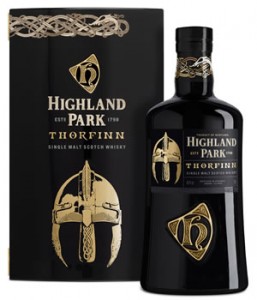 Thorfinn was a man of much power and influence, who at one stage controlled the whole of the Orkney Islands. The Orkneyinga Saga described him as a great chief, the tallest and strongest of men whose remains are buried in St Magnus Cathedral on Orkney.

Nose: A fuller dunnage / old oak cask nose going on here, with just a touch of lactic acid(?) which tales off thankfully after a few moments leaving eucalyptus and cedar wood notes along with sweet autumn berries and gentle sherry christmasness and spice.

Palate: Pretty thick mouthfeel here, at first you think it’s smooth, but then spices kick in reminding you of Thorfinn’s power! It’s sweet, with wispy heathery sweetness amongst the gentle peat smoke. There’s American Oak sherry casks giving a menthol hit that turns up stronger in the finish.

Finish: A fresh slightly minty menthol kick, yet fruity and sweet. It’s fairly old and complex and stays around your palate for ages. Yummy.

Thoughts: A slightly off-putting nose for me at first but that clears given time to breath (you should give old whisky the time it deserves). Would I pay €1000 for a bottle? Nope… This needs to have its age stated at the very least in my mind when you’re paying that much. A pleasure to try nonetheless. 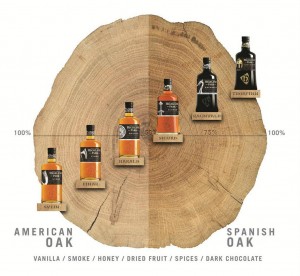 If money was no object, then for me my favourite was Ragnvald, by quite a distance.

Thanks to Highland Park for the samples, and to Daryl Haldane, Global Brand Advocate for Highland Park Single Malt Scotch Whisky for walking us through them all.

This entry was posted in Review, Whisky and tagged Highland Park. Bookmark the permalink.