Review: Longmorn The Distiller’s Choice (vs. 16yo)

Posted on 7 March 2016 by Steve Prentice 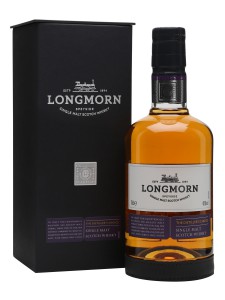 Info: No Age Statement. Aged in a combination of hogsheads, sherry casks and bourbon barrels.
Colour: Lightish golden, ripe corn.
Nose: Distillery character evident, it’s good to smell whisky that smells like… whisky, if you get what I mean (you probably don’t, I’m rambling). There’s caramelly toffee notes, cracked dried nuts and hints of oaks and hessian and a handful of spices. There’s a slight spirit nip, even at 40% which might indicate (along with the distillery character) that this is a younger whisky.
Palate: Very easy on the palate, and when held on your tongue there’s just a hint of spices to keep it interesting, along with plenty of caramelly sweetness, a touch of marmalade.
Finish: Continued caramelly sweetness tails off fairly quickly followed by slight oaky tannin sourness which sticks around for quite a long time and eventually turns into a slightly glue like kind of thing along with barley / grassy notes.
Thoughts: I’m a big Longmorn fan, it’s often referred to as a “dressing whisky”, i.e. a very good malt that blenders like to use in their blends to up the quality. Their single malts are great (mostly independent), that said this particular malt feels slightly more aimed at the lower end of the range and possibly doesn’t show off Longmorn at it’s fullest, it feels just a smidge over engineered. Carrying no age statement at this price point I was hoping for just a wee bit more.
Available: Master of Malt – £52.75 / The Whisky Exchange – £46.95. 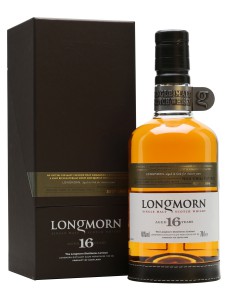 Info: Coming off the market, although we’re told it’ll be coming back.
Colour: Fairly clear gold.
Nose: At first quite dunnagey (i.e. damp earth smell from a old fashioned warehouse) mixed with fairly old oak and a leather note. With some air there’s sweet barley notes, hints of toffee. It’s a good, straight, quality, stereotypical Speyside type of presentation; i.e. you can’t go too wrong, it’s good nose.
Palate: Much easier on the palate than I expecting at 48%, quite thick feeling with a balanced sweetness with a pinch of spice and ginger, gentle oaks at the back start to kick in with a hint of drying tannin followed by good barley notes.
Finish: The barley notes continue on into a medium length, gently sweet finish, it warms your chest in a soothing but restrained way, the 16 years almost feeling slightly older than that. The oaky tannins dominate the dram as it fades into a dry end.
Thoughts: A good quality Speyside dram. People say the 15yo was even better, I’ve never tried it, however this 16yo is a very pleasant dram, although the ending tannin could do with coming down one small notch for my personal tastes. I love that it’s 48% abv, a proper strength to give it more weight. The longer you spend with it the better it gets.
Available: Beginning to get harder to find, it’s out of stock in many places, although still under £60 via Amazon UK marketplace sellers.

Overall Thoughts: Very similar in colour, the Distiller’s Choice (DC) being a slightly clearer gold. On the nose, once the 16yo has had some air, the actually are both quite identifiable as being from the same distillery, although the DC does smell that bit sweeter. On the palate the 16yo has an understated quality which doesn’t need to shout. The DC has a more overt sweetness with a little more spice, and maybe a little more life. The DC has a more spicy ending, albeit shorter. They are closer to each other than I first thought they would be when I tried the DC on its own. That said, the 16yo is the better quality dram, and for only £10 (and 8% more abv) more I would pick that given the choice of either.

Thanks to Longmorn for the sample of Distiller’s Choice. The 16yo was my own bottle. 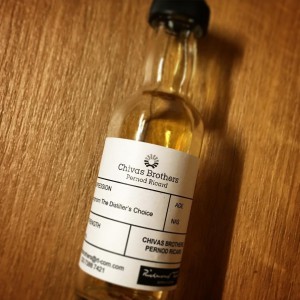 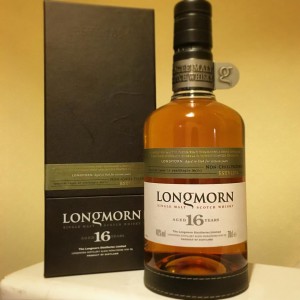 This entry was posted in Review, Whisky and tagged Longmorn. Bookmark the permalink.