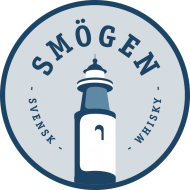 In 2009 Pär Caldenby established Smögen Whisky to produce a handcrafted smoky whisky in small batches and Smögen Distillery was built on a farm on the west coast of Sweden north of Gothenburg. The distillery has a 900 litre wash still, a 600 litre spirit still, and a production capacity of 35000 litres. It’s first distillation started in August 2010.

I’ve been lucky enough to try two of their expressions, so let’s dive in… 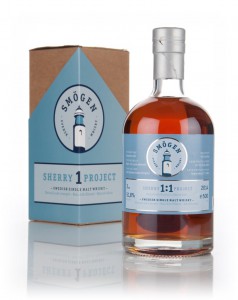 Info: Sherry Project 1:1 is a three year old expression, distilled in June 2011 and initially matured in European oak quarter casks before finishing for four months in a Sherry butt. 932 bottles, 51.8% abv. Barley type is Optic and peated to 45ppm. It’s natural colour and not chill filtered.
Colour: Fairly full dark gold with plenty of rusty orange.
Nose: Loads of nutty aromas, kind of bbq smoke notes along with herbs, loads of squashed red berries and some eucalyptus. Loads of flavour notes, plenty of layers.
Palate: Lovely and thick on the palate, smooth for the highish abv. There’s a smoked quality to this along with dried oak notes, tiny pinch of spices and lashings of stewed autumn fruits.
Finish: The finish is really long, and really yummy. There’s layers of smoke and rich red stewed fruits that stick around for a good while with a handful of nut notes left at the end.
Water: Really this great without. However if you do add a drop it sweetens it up further and brings out more oak notes (younger ones).
Thoughts: This is really interestingly different, I love it. I hate to make a comparison, because it’s not there… but I really can’t get out of my head just the smallest comparison with Balcones Brimstone, even if just the tiniest hint of similarity with the scrub smoke type thing that’s going on here, it’s ace, what a great dram and a total surprise as I hadn’t researched it at all before going in… I has no idea it was only 3 years old, I wouldn’t have realised (although now I know there’s tell tale signs). Would it have put me off buying? Maybe, but that’d have been damn stupid of me.
Available: Master of Malt – £90.27 (currently unavailable, but samples are still available) 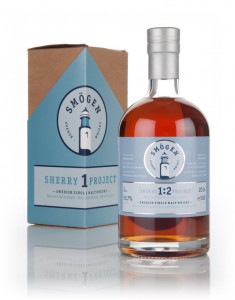 Info: Distilled in July 2011 using peated optic barley and firstly matured in European oak quarter casks before enjoying a finishing period of eight months in a Sherry butt. Bottled in January 2015, 959 bottles, 55.7% abv. 45ppm. Natural colour & not chill filtered.
Colour: Fairly full dark gold with plenty of rusty orange, possibly just a touch more than the 1:1.
Nose: Similar to Project 1:1, but a little smoother, a touch more refined, a wee bit less of the bbq type notes, but the smoke’s still there. There’s a wee dollop of butter or cream.
Palate: The palate is really thick and oily, with a good puff of smoke along with plenty of crushed summer berries and some gooseberries.
Finish: Long and refreshing with a bit of oak to balance out the late summer fruits.
Water: A drop smooths things out a wee bit, but also takes the smoky edge down a small notch. However, if you’re careful, it does open it up a touch so it’s worth it.
Thoughts: Great stuff, very similar to the Project 1:1, but maybe a little more refined. It’d take both really happily, although maybe I prefer the brashness of the 1:1 (although now I spend more time with the 1:2 I’d maybe come back on that statement!).
Available: Master of Malt – £90.27

Thanks to Smögen for the samples. 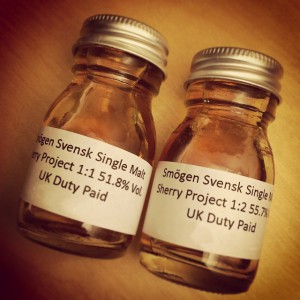 This entry was posted in Review, Whisky and tagged Smögen. Bookmark the permalink.