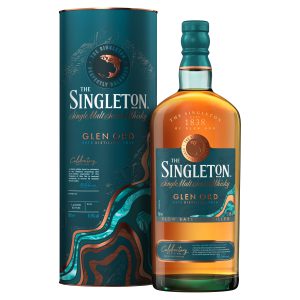 “The Singleton” is a Diageo brand umbrella that covers various distilleries, and Singleton of Glen Ord sadly isn’t one that’s so well known in the UK (although it is elsewhere in the world). That may start to change as Diageo have launched a renewed Singleton visitor “experience”, based at the Glen Ord distillery north of Inverness.

To celebrate the new visitor centre launch they’ve released a special distillery only bottling, although to be fair it’s not easy to find Singleton of Glen Ord anywhere else other than at the distillery, at least in the UK.

The release interests me for various reasons… Last time I visited (2013 I think it was) I purchased various bottles of Glen Ord 18yo, and it remains to this day one of my favourite drams. It’s got a real beautiful old school tropical flavour to it, sweet, light, a little kick to it… it’s fantastic, and at the time great value (£85 from memory). So, I’m very keen to see what this one bottle is all about… but as a NAS (No Age Statement) for nearly £200 you’ll need to be very sure you want a bottle, and happy to trust in the whisky creator.

Info: Batch of twelve second fill sherry casks. NAS. 3000 bottles, £195. 51.8% abv.
Colour: Gently ripe straw. Likely no added colour.
Nose: Lightly closed at first. Gristy and spirity with crushed nuts, hessian, small amount of christmas cake fruits and sweet fudge. Opens up after a while to show more sweet barley notes. With a drop of water some more sweetness comes out along with pear drops.
Palate: Quite sweet and thick at first, with higher alcohol and a little spice coming through. Regular hints of a more tropical nature at the back, amongst some tanin, wood and sugary fudge. For me a drop of water makes it more enjoyable, keeping the sweet notes forward.
Finish: Warming, light crystallized gingery heat, giving way to barley malt and slight tannins. With water still quite long, and a little spice (in a good way).
Thoughts: It’s a nice dram and I’d be pleased to have a bottle! But, at the price point there’s other bottles higher in my list that I’d pick first. In a head to head with the 18yo I have I’d pick the 18yo, but that’s just a personal preference due to the old style nature of the 18yo and the lower alcohol; at the moment I’m not enjoying higher ABVs so much (and yes I know I could water down). On a second visit the dram grows on you even more, that’s good, I’d rather drams were a grower as I get through a bottle.
Official tasting notes: A nose of dried fruits and crystallised orange peel, with mid-notes of vanilla fudge.

Thanks to Diageo for the sample.

This entry was posted in News, Review, Whisky and tagged Glen Ord. Bookmark the permalink.