Posted on 24 November 2014 by Steve Prentice 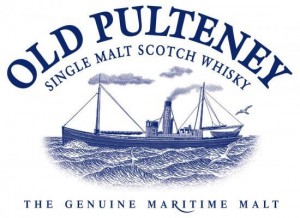 Recently there was a press trip to various Inver House Distillers Ltd distilleries, and being the kind folk that they are they had noticed I was on holiday in Inverness for the week and so invited me up for the day to join in the fun at Old Pulteney distillery, lucky me!

I didn’t have to be asked twice, I immediately hired a car and when the day came enjoyed the 2hr+ trip up north along the coast… as with most driving in Scotland the time flew by because the scenery is so amazing.

I met up with a few folk and then headed on to Wick Airport to meet up with the rest of the gang who were flying up from Edinburgh after getting their faces done the night before, very manly gentlemen. 😉 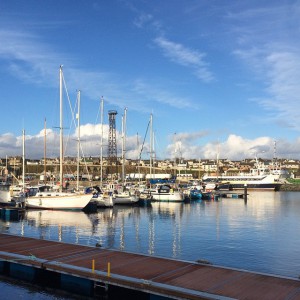 First stop from the airport was directly down to Wick harbour to have a trip out onto the sea in a RHIB boat. Fantastically introduced to us by the boat crew the journey out on the waves was a bit like a typical Scottish weather day, everything was encountered from calm seas and sun, to rocky seas with rain and winds, what fun. 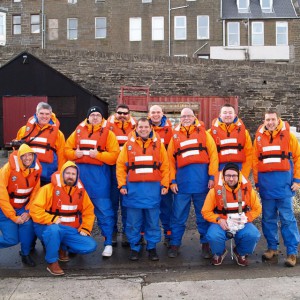 We toured along looking at various lighthouses, caves and castles which helped bring a real sense of the place into reality… it is no coincidence that Old Pulteney’s Travel Retail series are named after the various lighthouses in the area. 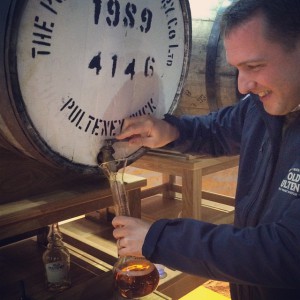 Once back on dry land we headed up to the warmth of the distillery and enjoy a spot of lunch before having a tasting with the distillery manager Malcolm Waring. Luckily for me I was taken off to the side at this point and treated to filling my own bottle of Old Pulteney from the cask; again, lucky me! I chose a 1989 cask which was an ex Islay cask, imparting some peaty smokiness to the Pulteney, two things that work well together.

The rage we tasted went from 12 to 17, 21, 35 and 1990 vintage… All cracking drams, and one of the lessons I always have is just what a good dram the 12yo is, not one to be discounted or forgotten. Let’s take a slightly closer look at my mini notes… I was driving mind you, so it really was only the smallest sips sadly:

12yo – 40% chill filtered- Launched 1997 as their first proprietary bottling, all IB before. Smooth, faintly salty. Citrus and banana skins. £25. 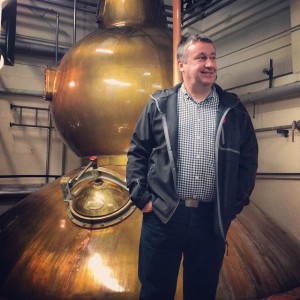 After the tastings were all complete we headed off the distillery to have a good nose around, it’s a compact place in the old part of town, and there’s not much scope for expansion… although I did spot an area that could accommodate some new stills, and I’m pretty sure that fact hadn’t escaped the notice of the manager either, although nothing was said of course. 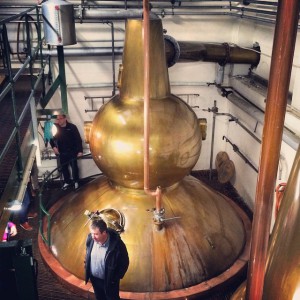 The still room has it’s (in)famous flat topped still in it… the story being that it was measured incorrectly before installation and didn’t fit in the room so they chopped the top off. That soon falls flat as an explanation when you look at the taller spirit still next to it. It would appear the real story is much more mundane and the still had some form of internal cleaning system in it which needed a flat top to hang from. 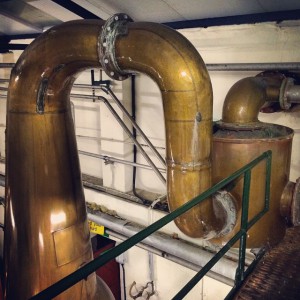 It’s good to see a distillery still using many traditional methods…Mashing uses four waters and there’s six COR-TEN® steel lined washbacks. They use dry yeast so that they’re not dependant on deliveries (which can get hard if the roads close with snow), they also use worm tubs for condensation and there’s an onsite cask filling store… They fill at distilling strength, i.e. 68% to 70% which is a little unusual, I only know of Bruichladdich that also do that, most fill at a lower ‘standard’ 63.5%. 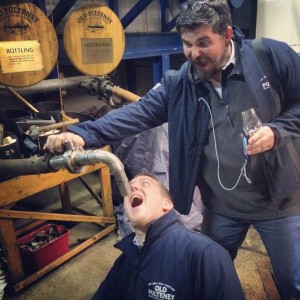 The picture above shows a purifier on the still that may have been used (a bit like Ardbeg) in the past to further refine the spirit, but it’s not been in use in living memory. There’s a mix of warehousing, dunnage and racked, the latter being what we looked around. 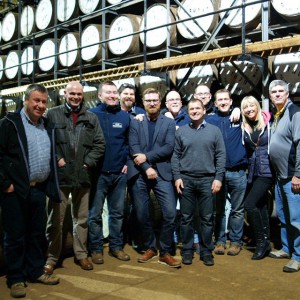 At that point the group headed off for dinner and I headed back to the car to return back down to Inverness, stopping in Brora for tea because… well, it’s Brora isn’t it!

Many thanks to Old Pulteney and the Inver House crew for looking after me and the group so well, what a great experience that I won’t forget! 🙂 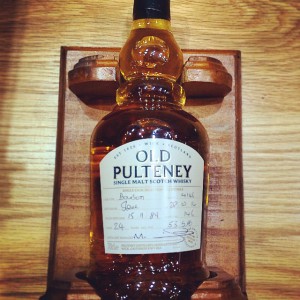