Posted on 28 November 2016 by Steve Prentice 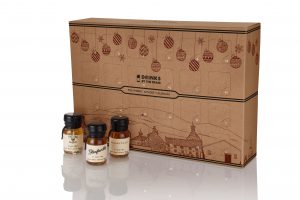 Drinks by the Dram Christmas 2016 Whisky (and other!) Advent Calendar

It’s that time of the year where the nights have drawn in, and the crazy neighbours may have started adoring their houses with flashing Christmas decorations. With only a few days left before December hits, there’s still time to consider what you might want to do to treat yourself, or a good friend to for Advent… and what better a treat than this year’s Whisky Advent Calendar (other spirits are available). It’s a box full of 25 x 3cl drams, a different whisky (or other spirit) every day, what a good idea! Let’s take a look at some of the official PR blurb:

For the fifth year running, the range of Drinks by the Dram Advent Calendars has returned. The selection once again features classics like Whisky, Ginvent and Rum, while exciting new additions include calendars dedicated to Scotch, American, Irish and Japanese whiskies along with calendars full of Glenfarclas Single Malt, independent whisky bottlings from That Boutique-y Whisky Company and Origin Single Estate Gins made with juniper sourced from specific regions all around the world.

The Whisky Advent Calendar was launched in 2012, and has since become a tradition among whisky enthusiasts, letting them count down to Christmas and explore the world’s best whiskies. Each handmade, wax-sealed dram allows whisky fans to sample a new expression, tasting everything from single grain and bourbon to rare Scotch worth up to £600 a bottle.

2016 marks the debut of the Drinks by the Dram Very Old & Rare Whisky Advent Calendar (RRP £9,999.95), developing on the concept introduced by the Old & Rare Advent Calendar launched in 2015. Each calendar is a bespoke wooden box built by hand by cabinet-maker Simon Jewell Designs in Kent, and is available in a walnut or macassar ebony finish. Within every calendar sit 24 individually numbered 30ml drams of some of the world’s most sought-after whiskies, including expressions from long-closed distilleries, a 60 year old single malt and a whisky worth up to £19,000 a bottle.

Thanks to Drinks By The Dram for sending me a calendar to test drive over the Christmas period, it’ll certainly make things seem much more manageable in the usual seasonal madness. 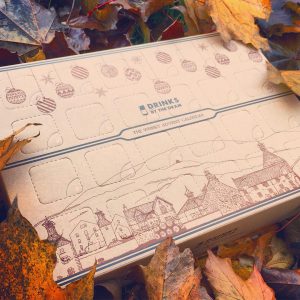 This entry was posted in Info, News, PR, Whisky. Bookmark the permalink.